We have already seen Google releasing a 360° advertisement video for its Google Play Music application. It was an initial video to have been available on YouTube. Later, with advancements in the video technology and release of some cool gadgets like 360-degree shooting cameras and the VR headsets, the 360° videos are now booming onto YouTube. Many publishers are now targeting these kinds of videos. To make things easier, manufacturers have now launched gadgets like VR headsets from Samsung, LG, OnePlus, etc. along with many 360 shooting cameras like Ricoh Theta, Kodak SP360, IC Real Tech Allie, etc. One such device is the LG 360 camera that makes the work a lot easier.

360° videos is not a new technology. In fact, the Google Street View is based on the same. It has just gained much popularity lately. So how you can exactly make 360° videos and upload it on YouTube? Well, it’s not that difficult. Youtuber JerryRigEverything has published an amazing tutorial on:

How to Create, Edit, and Upload 360° videos on YouTube using LG 360 Camera

Firstly you need to shoot some content from your LG 360 camera. The camera use here is 360 CAM LG-R105 Compact Spherical Camera for LG G5. Once you shoot it. You will get a video with 2 large circles. Noy you need to convert the image from the 2 large circles so you can edit it on your computer. There is a tool available from LG that makes the process way more convenient named LG CAM Viewer. Alternatively, you can do this by transferring the files to your phone before you place them on your computer. Later you can edit your videos as you want using any video editing software like Adobe Premier (Paid) or Lightworks (Freeware).

Once the editing is done, you can simply upload it into the 360 metadata injector tool from YouTube. This tool will let YouTube website know that the video is 360 and will embed it as a 360-degree video.

You can check out the following video for a detailed explanation. 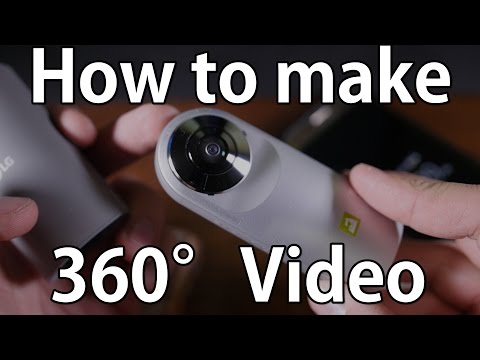