A project running forking on Github names, xash3d-android-project, brings an awesome news to Android community. Counter-Strike 1.6, one of the most popular multiplayer PC game has now made its way to the most popular mobile operating system- Android. Following legendary games like the Minecraft Pocker Edition and Super Mario, now, the CS 1.6 comes to Android. The Glorious Android Master Race is here. The game runs fine and you can also play multiplayer over LAN or online with your friends. Check out the video from below.

Now, to run CS 1.6 on your Android device, you need an already existing Steam installation for the game on your PC. Once you install the APK files like Xash3D Android and cs16-client-release listed below, you need to copy the cstrike and valve folders from your Steam CS1.6 installation to xash folder on SDCard. Take a look at more screenshots from Pinterest Account and take a look at the video running CS 1.6. The following instructions come from the Github project. So get your CS game working on your Android device. Right now there is no way to run it without Steam. However, with time, you may see an APK for it.

How to Run Counter-Strike 1.6 On Android Device

1) Install the APK. Install APK with omp [cs16-client-release-omp.apk] postfix if you have a multi-core (dual-core, quad-core, etc.) device and noomp[cs16-client-release-noomp.apk] if you have a single-core device or have problems with omp version.
2) Install the latest Xash3D Android from xash3d-android-project.
3) Copy cstrike and valve folders from your Steam CS1.6 installation to xash folder on SDCard.
4) Run CS16Client!

NOTE: Delete any PAK files with name starting with “touch” or “vgui” in cstrike folder. Also, download latest APKs, both the omp and noomp versions, from here on GitHub. These links to CS1.6 v1.01; an updated bugfix build.

Like and share us on social media. Let us know about your experience via comments down below or leave a message in the forums. 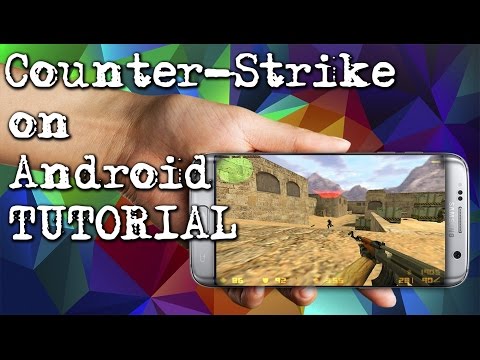