Google, in their recent launch event, revealed a bunch of products and services including the new Pixel 5, Pixel 4a (5G), new Android 11 features, Google Assistant features, and much more. One of the most intriguing gadgets that Google unveiled is the new Chromecast with Google TV. This is an updated Chromecast dongle that comes with a remote. It runs on the latest Android TV version as well. So naturally, it comes with a new Google TV launcher interface with a new app called Google TV Home APK.

Google TV Home is a rebranded version of the Google Play Movies & TV app. The Play Movies app is now obsolete and actively being replaced by Google TV Home. However, the new TV home app is much more than that. It will eventually alos replace the default Android TV Launcher on your smart TV and smart Box.

Moreover, the Google TV user interface is much better and clean. It is just a skin like PatchWall for Xiaomi Mi TVs and OxygenPlay for OnePlus TVs. While Google TV Home app comes primarily installed on the new Google TV device, it won’t be exclusive to Google. The company will make Google TV available to many other Android TV manufacturers like Sony, starting 2021. So you can replace your Android TV launcher with the new Google TV Launcher.

The Google TV APK is also available for download below. You can try to install it on your device. Meanwhile, checkout the new trailer for Google TV Home:

Here is the new Google TV APK available for download directly from the Play Store. Alternatively, you can download the extracted APK and sideload onto your device.

However, note that, the app may be useless for now as it won’t install. Also, the Google TV Home Launcher is targeted towards Android 9 Pie or above like Android TV 10/11. So you may not be able to install it on Android TV running 8 Oreo like the Nvidia Shield TV. The latest version is Google TV Home (Android TV) 1.0.331643392.

You can still try this – Disable the default Android TV Launcher (if it’s possible), and set the Google TV Home TV as default launcher. 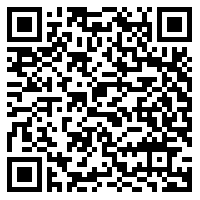