The name Nvidia is enough to tell you that this post is about gaming. But this time it’s not about PC gaming. Nvidia introduced a new GeForce Now cloud gaming service that enables you to play full fledged PC games directly onto your smartphones. A few months ago, Nvidia introduced GeForce Now that took over the world by storm. GeForce Now is NVIDIA’s cloud-based game streaming service, delivering real-time gameplay straight from the cloud to your laptop, desktop, Mac, SHIELD TV, or Android device. All you need to do is connect to your store accounts and stream any of your favorite games from almost any screen.

At the same time Google introduced a similar Stadia gaming service and Microsoft with their xCloud  under Xbox branding. Recently Google Stadia provided users with 2 months of free access to its games. Nvidia GeForce Now, on the other hand, brought support for Android TV and Android Box like the Mi Box S and Nvidia Shield TV. Other Android TVs and boxes will also work. All three cloud gaming services work on Android mobile phones, Chromebooks, Windows laptop, Mac, and most recently Geforce Now support for Android TV and Android Box.

As per the reports, Nvidia was going bring support for Android TV and Android boxes later this year. However, a Reddit user u/ShawnDex, it seems that the update is already out. The latest Geforce Now v5.27.28247374 should work on Android TV and Box . Some of the tested smart TVs include Sony 4K Android TV with wired Xbox 360 controller. As for the Xiaomi Mi Box S, it works too. All you need to do is simply sideload the APK onto your devices.

Unlike Google Stadia, the Nvidia GeForce Now service is supported in 30 countries including the UK, US and Europe. They will be gradually releasing to more and more countries. Until then hang tight and we will update you for more information.

Here is a video for clarification of support of Nvidia GeForce Now on Android TV: 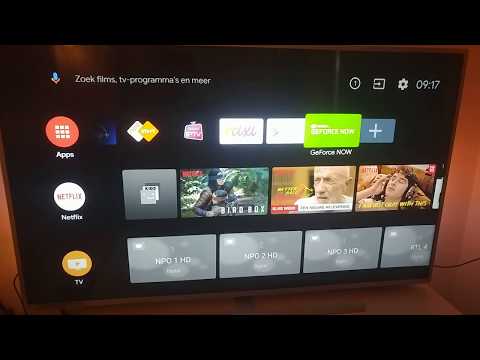 The download link for the latest GeForce Now APK that supports Android TV has been provided below. Users can download and sideload it onto their devices. Users will need a compatible controller to play games on their Android TV and Android Box. Some of the stunning games that are supported on Nvidia Geforce Now include Ride 3, Greedfall, Fortnite, Dauntlet, Wolfenstein etc.

Note: For the Google Drive APK link, download it to your PC and then transfer it to your phone, or it may give you a parsing error. Or settle for the mirror links.